A Mirror of the Lebanese Collapse at all Levels 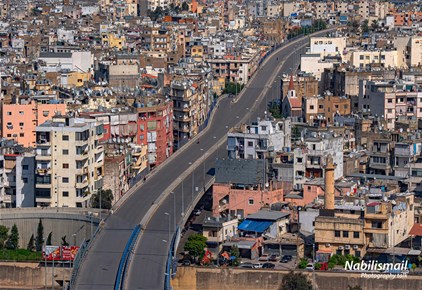 *Lebanese journalist
It is still Coronavirus time all over the world. Although there is a glimmer of hope that vaccines would be soon available, it is still too early to say that we won over the “soft” pandemic, compared to the other pandemics in history. The virus reached Lebanon at a tough moment. It was evident that any new crisis that would hit Lebanon would not be independent of other crises that devastated the Lebanese body. The pandemic was not just related to health. It induced the re-emergence of other epidemics, the political and regional sectarianism, when political figures objected to certain medical measures needed to confront the virus to be applied in their areas of influence.
The general mobilization procedure was inevitable days after the new government started exercising its functions. The ominous implications of long-term closures were a concern for big economies. How could the crumbling Lebanese economy hold while it is already in the process of collapse?
able to secure the needs of a large portion of the poorest and most vulnerable groups or to compensate for businesses affected by the closure.
Before “reopening the country,” the society in Lebanon witnessed new phenomena that had never been experienced even during the most severe crises. For example, the concept of social distancing is hard to envision and not easy to apply in the daily behavior of the Lebanese people. But many factors encouraged this new, though temporary, attitude: the fear of getting infected, the request made by political authorities to their supporters to commit to health measures and putting on hold most of the businesses. Vehicles were running based on pair and impair numbers. Covid-19 accelerated the pace of the “Lebanese collapse” and, at the same time, intensified its economic impact on society. The public health sector’s fragility was clearly exposed, and profit-making in the private health sector soared. Fearing the spread of the virus has significantly impeded the popular movement. The first and direct implications of the virus in Lebanon have emerged as challenges that revealed the output of public performance in the past decades. Dealing with the epidemic during the first months reflected a performance described by many doctors as being good and even very good. At the beginning of the strictly observed closure, the number of infections ranged from 0 to 10, which gave a striking positive impression regarding the Government and the Ministry of Health’s performance.
However, the situation changed later.
A well-known French poet says, “the storm is pleasant when the house is strong.”  This was not the case in Lebanon following the successive waves of the virus outbreak in the different governorates. When the expatriates came back home,  the country witnessed a severe outbreak of the virus (the number of infections exceeded 100 a day), which fostered a negative attitude toward the expatriates and the lack of “responsibility”, for some of them, that led to the re-emergence of the epidemic. However, another discourse supported the return of the expatriates, coupled with criticisms of the official bodies for their inability to manage such operation. The return of the expatriates was an additional topic to activate the general discussion regarding the class crisis escalating in Lebanon, between those who were able to hold and transform the stay home period into an opportunity to restore the bonds of the small family and the disadvantaged groups, who became even larger, and who were affected by the multiplication of crises. The stay home period turned to bitter times of unemployment and the inability to secure basic needs. Social initiatives were able to make a difference in this matter. Civil support initiatives in cities, villages, and Palestinians camps have highlighted the concept of social solidarity.  However, these same initiatives also highlighted a negative and pessimistic aspect that became obvious due to the State’s inability to carry out its duties toward the society in this painful period.
Coronavirus was probably the mirror of the Lebanese collapse at all levels. Its repercussions will not stop as long as it keeps on spreading globally and as long as there is no vaccine for it. And the most surreal scene seems to be the Rafik Al-Hariri hospital warning that it will soon run out of fuel. And even more surreal, the many jokes about masks, the stigma of declaring that one was infected or was tested for being exposed to Covid-19, the fear of social bullying in many of Lebanon’s infected spots. Coronavirus, in its Lebanese version, was a trigger to crises that were inevitably going to happen. The only hope in overcoming this crisis is that the virus problem is universal, and it is likely to end in Lebanon when the world finds the virus vaccine. Then, Lebanon, burdened with implications following the pandemic and the other crises, will go into the “post-Corona era.”
Previous post
Next post