Between Al-Bared and Tripoli, stories and tales – and worries 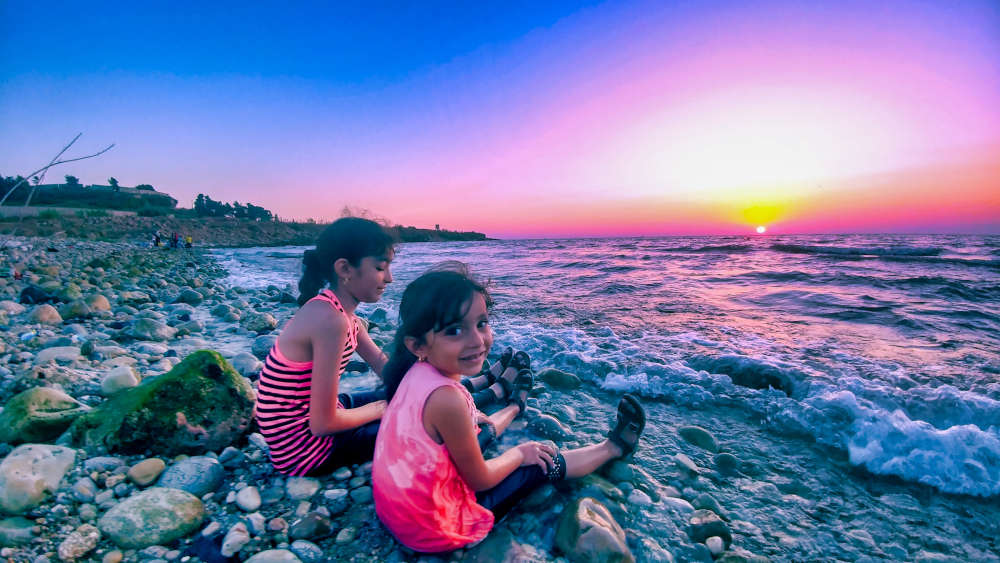 In the middle of a relatively crowded street resided one of the most well-known dry cleaners in Abu Samra – a hill overlooking Tripoli that in the 1960s was inhabited by middle-income and affluent people. That dry-cleaning equipment belonged to a Palestinian from the Nahr al-Bared camp who was a highly regarded professional like many of the people of his country and camp.

On Thaqafa Street, one of the oldest streets in Tripoli, stands one of the best-remembered supermarkets of the 1970s and 1980s: the Saffouri supermarket, named after Saffuriyya, a Palestinian city located six kilometers north of Nazareth. Following the Palestinian city’s occupation, many of its population took up residence in the Nahr al-Bared camp.

The old sons of Tripoli all knew the Saffouri children’s circumciser, who used to travel between homes to circumcise males at low cost and then hold festive rituals. Those who had to enter hospitals in Tripoli knew, without a doubt, many Palestinian nurses from Nazmi, Imad, Abu Mahmoud, Fairouz, Kawkab and others.

Sixteen kilometers north of Tripoli, at the mouth of the Nahr al-Bared on the Mediterranean, is the Nahr al-Bared camp – the first camp set up by the Red Cross in Lebanon in 1949. The camp’s presence on the international road between Lebanon and Syria was one reason for the tremendous economic activity that set the Palestinians of al-Bared apart from those in the other camps in Lebanon. More than 60 percent of them worked inside the camp before the catastrophe of Fatah Al-Islam in 2007.

Many residents of Tripoli, Miniyeh and Akkar relied on the Nahr al-Bared camp as a shopping centre. The camp specialized in the business of construction materials, porcelain and paints, livestock, and dairy products, including cheese.

More than 30 percent of the camp’s residents worked in the construction sector in Tripoli and its surroundings, including tiling, paneling, and skim coating. Some of them also opened dry cleaning facilities in the city, some of which still exist today. In the medical sector, hundreds of Palestinian women and men worked in Tripoli in nursing – positions of work legally available open to them – and they maintain the best relations with the medical staff and patients.

The relationship between the camp and its wider surroundings remained peaceful and excellent, but two significant events affected it, causing setbacks and tensions.

These began with the events of September 1969 and ended with the Fatah al-Islam battles of 2007, in the meantime passing through milestones in which the Palestinians played a key role, such as the civil war and the 1983 Palestinian-Syrian war in Tripoli and its environs.

Since March 1968, the Palestinian resistance has built armed capabilities in Jordan. On September 28, 1969, they reached the Nahr al-Bared camp, where Fatah established a bureau on territory inside the camp. The army intervened to prevent the construction of this base, and so riots erupted in Tripoli and surrounding areas, as well as in the Beddawi and Nahr al-Bared camps, with Lebanese and leftist factions getting involved in confronting the Internal Security Forces, customs, and the army, and leading to the seizure and occupation of seventy-six police stations and centers for General Security. Clashes continued until the Cairo Agreement was signed on November 3, 1969, which allowed the Palestinians to establish points for their armed struggle inside all the camps.

Consequently, tensions rose between the Lebanese and the Palestinians due to the smuggling of Palestinian weapons on the one hand and the camp residents’ excessive arms on the other. On the international road, checkpoints operated by the Palestinian resistance were stopping the Lebanese and checking their identities, which warned of a kind of aversion that developed until it reached its climax with the Nahr al-Bared war in 2007 – what became known as the Fatah al-Islam war.

That war, which broke out on May 12, 2007, when the Lebanese army sought to arrest a group that had robbed a bank, resulted in mass killings that targeted army personnel in the vicinity of Nahr al-Bared camp, within which an unknown extremist group took up positions.

Those battles continued until the beginning of September when the army could assert complete control after the fall of hundreds of martyrs. A real war left scars that are hard to heal unless both sides have the right intentions to address the repercussions, even though Fatah al-Islam was not a Palestinian movement but rather the mother of what became ISIS and its sisters in the broader sense.

In 2012, in my capacity as chairman of the Lebanese-Palestinian Dialogue Committee (LPDC) in the Prime Minister’s Office at the time, I saw an unpublished report by an international institution that indicated the level of mistrust between the Lebanese and Palestinian societies had reached its peak (more than 70% of the respondents).

This dangerous reality called for tireless work to ease the underlying conflict between the two neighboring societies. An effort was launched under the auspices of the LPDC at the time and endured due to the unmistakable need to bridge the gap between two brotherly peoples who share air, water, land, and pasture, in addition to the economic and subsistence crises during this time of collapse in which we are living.

Today, the people of Nahr al-Bared, like the people of the other camps, live in the same constrained conditions as the Lebanese. Unemployment has reached record numbers, and people’s ability to sustain themselves has declined. Even if the Palestinian factions still pay the salaries of their members in dollars, as does UNRWA, these wages do not extend to all the Palestinian people residing in the camps or outside them.

The apprehension among the Lebanese today seems to be very high because of the current unprecedented adversity and their fear that the displaced Syrians will remain, and their sense that the international community has almost abandoned its support for the right of return. These factors put a strain on Lebanon under the weight of a large number of residents at a time when its infrastructure is incapable of serving its population.

These troublesome circumstances call for an additional effort on the part of the Lebanese-Palestinian Dialogue Committee to reactivate and revitalize the dialogue and to address the accumulated problems between the two societies. In light of the deterioration taking place at various levels, a fundamental problem has emerged that worsens the situation, namely the distribution of hallucinogenic pills and drugs that affect all residents on Lebanese territory passing through the camps, including Nahr al-Bared and Beddawi.

In this regard, the committee must cooperate with all international institutions that can assist in getting rid of this scourge in terms of distribution and abuse to eradicate it because of the great danger it poses to the structure of society and its direct impact on the increase in crime rates. This requires cooperation between the Palestinian factions, the Lebanese security forces, and all associations and institutions operating within this framework, with coordination and supervision from the Dialogue Committee, which can bring everyone together under the roof of the Prime Minister’s office and secure the necessary funding perhaps to establish treatment centers, rehabilitation centers and the like. Peacebuilding is a long path, but as a rule, it takes place only by bringing all the parties together and seeking to reach a consensus on a road map for the common treatment of problems and crises.