Between the Camps and their Surroundings… The Drug Route is Open 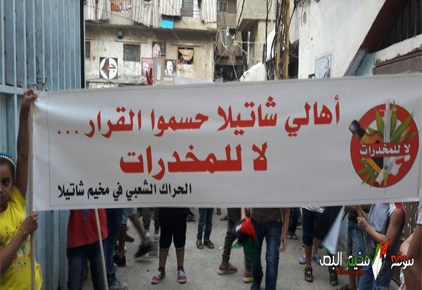 The sale of hallucinogenic pills and the different kinds of drugs takes place at the corner of the street separating the Burj al-Barajneh camp and the Al-Anan area in the southern suburb of Beirut. This information is confirmed by the owner of a mini market on the same street. He said: “drug trafficking is very active at night. The drug dealer sits on the sidewalk. He smokes his hookah surrounded by a group of young people while his car speakers play loud music. The same scene is repeated every day. Everybody is annoyed especially that there are always quarrels between him and other dealers, and sometimes the fight develops into shooting”.