“Deal of the Century”: challenging options 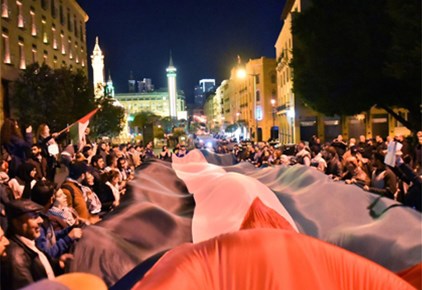 Expert in Public Policies and Refugees

Since 1948, Israel and its western allies have spared no effort to end the right of the Palestinian people to build their state, before even starting a debate centered on the right to establish it, as well as the displacement of its people, and even before focusing on the effort of their return.
Fundamentally, Israel destroyed the Palestine State project and displaced its people. Nevertheless, can we really believe its claims that, after resolutions 181 and 194, there is room to negotiate the future state and refugees?

On the international level, there is a broad retreat of the United Nations from playing a role in resolving or preventing conflicts, in the interest of transforming this international platform merely into a moral reminder and humanitarian actor. Such a context requires an in-depth review on the role and effectiveness of the United Nations, especially with reference to global peacebuilding. Hence, the failure to in reaching an end to the Palestinian-Israeli conflict is only the outcome of this disengagement.
On the regional level, with the exception of the strategic vision offered by the “Arab Peace Initiative” (2002), there is structural weakness in the power of influence that the League of Arab States could have used. This context also requires an in-depth study on the missions and effectiveness of the League of Arab States. At this point, the prospect of restoring balance with Israel, and specifically its two allies, the United States and Russia, could be tangible, giving that Europe shows a lot of negligence in terms of engaging in an unbiased Palestinian-Israeli peace process.
On the Palestinian level, there is an existential need to restore unity away from a limited “Islamization”, or an uncontrolled “Pragmatic”, in favor of a civil, diplomatic and even peaceful, territorial confrontation with Israel. Of course, Palestine with the steadfastness of its people and the ideal of its insistence on struggle is capable of re-formulating its resistance model, far from any imposition or importation. Assuming the requirements of imposition and importation are legitimate, due to the historical way Palestine has been used by many and remains as a mean instead of being the cause.
On the Lebanese level, it is urgent to consider the document entitled “A unified vision towards Palestinian refugee issues in Lebanon”, where the LPDC lay down solid consensus foundations with the Lebanese parties balancing between humanitarian, state interest and diplomacy. It also included the definition of “Permanent Settlement” as equivalent for the rejected “Naturalization”, and a bias to improve the conditions of life of the refugees in order to support their yearning for return; and an enhancement of the role of the United Nations Relief and Works Agency for Palestine Refugees (UNRWA), and an involvement in pro-active diplomacy in order to reproduce the rules of diplomatic and legal confrontation with Israel, reinforcing persistence of non-ethical practices that were and still are carried out against the Palestinian people, with regard to perpetuating displacement and preventing return.
What is specified in this “Deal of the Century” document – vision requires formulating a state roadmap in which the areas of demagogy, populism, phobia, and improvisation end in favor of scientific and practical scenarios options.
Echoing traditional slogans is pointless. Rather, some should first refrain from inventing renewed alignments in accusing other Lebanese, as this contradicts the essence of the vision document bringing us back to the problem which is using the just cause – in service of agendas unrelated to Lebanon or Palestine. This will strengthen and unify the Lebanese national position in rejecting the deal.
The scope of the national confrontation concerning what was offered in the “Deal of the Century” in terms of terminating the right of return of the refugees, among the three solutions that were mentioned: either staying where they are, or resettling them in a third country, or securing a symbolic return to an unsovereign and cut-off state of Palestine. This is only possible through a synchronized Lebanese-Palestinian-Arab-International coordination.
Some may consider this as an unrealistic equation, or a matter of sporadic illusions, while the truth is that we start with self-criticism on how we ran the diplomatic confrontation with Israel in previous decades, that only produced disappointments.
Disappointments are inevitable if we conveniently make use of complex platforms on legal, political, diplomatic, and communicative, but also academic – cultural – educational, economic – social – financial levels. These platforms call for the adoption of the active intelligentsia in each of the components of the collaboration framework that we mentioned. The most important of all is heading towards taking hold of the Western mind to abort a reckless and unethical “Deal of the Century”.
In fact, taking hold of the Western mind through public diplomacy is led by a smooth and intelligent lobbying, with distinct goals in space and time.
The United Nations is a founding structure in this lobbying, and there is no harm in invoking the “Veto” for illegitimacy and gathering international justice supporters on an opposition front.
The International Criminal Court and the International Court of Justice are also founding structures in this lobby. Reviving the Arab Peace Initiative requires the seriousness of the Arabs.
Finally, we aim at distancing ourselves from stereotype language on confronting false Israeli narratives that assassinated Palestine and its people, in addition to supporting the institutionalizing option of the state of Palestine, and pushing towards declaring it as a full member at the UN and in order to provide to all Palestinian refugees with national numbers, thus determining their national identity, while protecting their legal identity as refugees with the right of return.
Understanding and addressing the Western mind is a structural option to overthrow all deals and restore the Cause!
Previous post
Next post