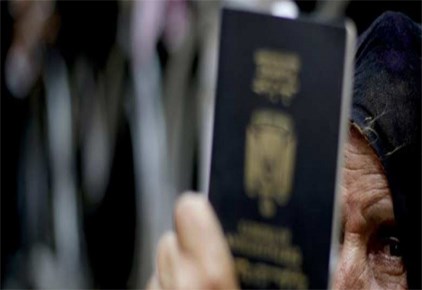 There has been no injustice in history as complex, grave and blatant as the injustice suffered by the Palestinian people, whether on their land or in the diaspora. No state or international or regional organization can claim innocence in this people’s tragedy, for those which did not contribute to the promise of establishing the state of Israel contributed support, armament, international patronage and moral protection, and financial funds. Those which did not participate in the above, participated in collusion and turning a blind eye, disregard, or the provision of inadequate sponsorship for a people who went to the tents thinking that its stay would be numbered in days. But tents became its home and tomb. The elements of nature participated in the injustice, whether unilaterally or in partnership with Israeli raids, internal clashes, brotherly oppression, racial discrimination and lack of legal and national personality.

This chronic injustice has led, among many things, to the fact that the Palestinians have become demographically separated from their surroundings legally, though linked to them in other aspects. The initial embrace of early displacement morphed into wariness, then enmity, and finally belligerency.

The truth is that the Palestinian cause, which united the Arabs from east to west, has become a contentious issue even among the Palestinian people. Falling short of fighting back their enemy, Palestinian organizations have descended into infighting, going as far as shooting at sister organizations under the banner of liberation, which often receded to the level of pursuing a temporary truce that would allow besieged citizens a reprieve to buy food and drink.
The historical national organizing system that brought Palestinians together, regardless of religion, social status or class, was the inviolability of identity. But the emigration of many of the elites, the decline of religious diversity to a level of saving appearances only, their problems with UNRWA, land grabbing, the hardships of life, lost hope, lost solidarity, in addition to the ramifications practiced by the Arab regimes, or the processes of armed oppression and disgorgement from the camps have left this system seriously frayed.
From this introduction, I want to turn to the results of those injustices that are born randomly, without any controls to stop their proliferation or remedies to mitigate their humanitarian effects.
In Lebanon, Palestinian citizens cannot own property according to the law, which has led many to try to devise convoluted legal machinations to solve a dilemma that may have no solution in the future. The Palestinian owners use fake Lebanese names. These names will one day become heirs and heirs of heirs, thus dangerous consequences will ensue from this temporary illegal solution.
Palestinian citizens are not insured, as the services provided by UNRWA diminish almost to naught after the U.S., together with some other donors, decided to stop aid because the international community, having consolidated Israel’s foundations, washed its hands of the consequences of its actions and left the Palestinians strangers on their land and oppressed in the diaspora. Preventing the settlement of the Palestinians in Lebanon through paragraph (i) of the Preamble to the Constitution contains attachment to their original identity and to the return to their independent state. However, this makes their stay highly complicated and unfair because Palestinian refugees in Lebanon, while deprived of the features of citizenship and the rights of foreigners living on Lebanese territory, are creatures of diminished humanity, harboring great concern that cannot but spill over to their environment and make it susceptible to social, security and criminal crises … Moreover, this injustice is a violation of the principles of human rights.
After this exposition, I found that my involvement in Jousour required that I put forward a proposal that may be lacking in lucid studies but valid to be the start for a way out of the cycle of failure and rhetoric, to a platform where thinkers and opinion leaders can meet to return to the origin, i.e. that each Palestinian citizen has his original nationality, which is the nationality of Palestine, and has his own passport issued by the Palestinian Authority to whoever descends from that origin.
This is stipulated in the Oslo Accords. However, as regards the Palestinians of the diaspora, it restricted them to the procedures permitted by the Israeli occupation. However, as long as the Palestinian embassies accredited in the Arab countries can issue this passport, I propose that holders of the passport in Lebanon be treated like any other foreigner and that they be granted the same rights accorded to other foreign nationals. This does not contravene the constitutional principle of preventing settlement, given that the ownership of an apartment in Lebanon by an American, Kuwaiti or French person, for example, cannot be considered as an entryway to their settlement and turning them into Lebanese nationals. Why doesn’t the same rule apply to holders of Palestinian passports? Giving the Palestinian passport with its full effects is in fact one facet of preventing permanent settlement because it makes its holder attached to it, that is, to his identity and right to return to his usurped land, instead of pursuing other nationalities that would accept him as a respectable citizen with full rights.
The United Nations General Assembly, with the majority of its members, has recognized the state of Palestine, so the least that can be done now is translate this recognition into respect of the legal effects of the passport issued by the Authority, to protect the continuity of belonging and facilitate the lives of Palestinians who are entitled to live as respected foreigners in their countries of residence.
This is an idea for discussion, which I’m promoting in conditions of Arab regression and the decline of the conflict with Israel to the back burner, so that the future of the Palestinian people retains an identity recognized by brothers and friends and used as arms by future generations to restore rights.
Finally, it should be noted that the acquisition of Lebanese citizenship is subject to strict legal requirements that do not apply to any Lebanese resident, no matter how long they stay on Lebanese territory. In addition, the process of settling the Palestinians also clashes with the text of the Constitution. Another major obstacle that must be maintained is the rejection of this by both the Lebanese and the Palestinians, regardless of international pressure. The national, nationalist, coordinated stance is a guarantee and safeguard against the rebirth of new conflicts, for which the Lebanese and the Palestinians have paid dearly for.
Previous post
Next post