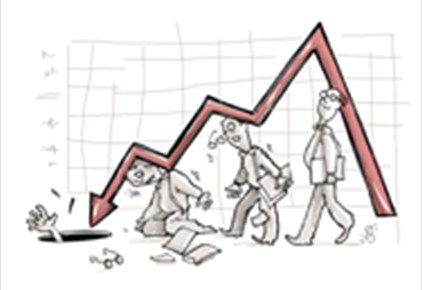 * Lebanese researcher and former regional adviser to ESCWA
Context: From crisis to popular protest
Since the outbreak of the popular protest on October 17, 2019, Lebanese protesters have focused on purely internal social and political reformist demands, and have avoided incorporating issues and positions related to Syrian or Palestinian refugees, as they have also avoided including Lebanese issues of regional dimension within their messages. However, some sporadic positions of a solidarity nature, or that characterize specific groups, persist; but the general trend of the October 17 “revolution” speech committed to focusing on the financial-economic-social crisis, and to political and institutional reform mainly centered on building constitutional institutions effectively committed to law.
The Palestinian refugee community in Lebanon responded, with its political (factions), civil, and popular representation, to the Lebanese movement path, avoiding active interaction with it. This came first from the position of neutrality and non-interference in the internal Lebanese affairs, which is the approach that the Palestinian political factions have adopted for years. Civil society, with its organized formations or direct popular manifestation, committed sympathy without a strong and visible participation in the movement in general, in order to respect the desire of the protesters and not submerging them in contradictions that do not help their cause. This happened without prior organized coordination, but rather, it is a common commitment based on common sense and out of concern for success in the first place, not for any other reasons.
We point out first that the crisis is complex and has three components: financial, economic, and social. Each of these components has its own characteristics, actors and those affected by it in a way that cannot be reduced to one or the other.
1- The financial crisis
One of its manifestations is the scarcity of the dollar, the depreciation of the Lebanese lira exchange rate, the emergence of the phenomenon of the “official” and “real” prices, restrictions on withdrawing from banks and transfers abroad, the debt crisis, the deficit in the balance of payments, the balance of trade, the budget, … etc. The main actors here are the Lebanese authority, especially the Ministry of Finance, the Central Bank, the Association of Banks, stockholders, partners in banks and large depositors, with an overlap between financial and political. This affected both Palestinian refugees and the Lebanese, in terms of restrictions on the movement of funds and the possibility of withdrawals. At this point, it is worthy to note that the Palestinian refugees in Lebanon do not bear any responsibility for this crisis, whose elements have accumulated over decades, but rather that their contribution here is positive. In fact, the transfers of funds of the families of Palestinian refugees working abroad to their families residing in Lebanon, and the salaries and compensation granted by Palestinian organizations to its employees, families of martyrs, prisoners, and social grants, all constitute a hard and net currency that enters and is spent in Lebanon. These funds constitute a contribution to compensate some of the deficit in the balance of payments and the Lebanese trade balance; knowing that these funds also include the expenses of the UNRWA and international organizations, and what the PLO and other Palestinian factions send, and what civil society institutions receive, and what amounts the Palestinian families  are receiving from their children working abroad. Accordingly, one researcher estimated this amount to about one billion dollars annually.

The most important manifestation of this aspect of the crisis is the general economic stagnation (growth rate between zero and one percent since 2013), the structural crisis affecting the productive sectors (especially industry and agriculture – the share of agriculture is less than 5% of GDP in the last decade), in addition to it a significant decline in tourism after the Syrian crisis in 2011, and the real estate sector crisis, etc. This has been exacerbated since 2015 with the aggravation of the financial crisis and the resort to financial engineering, high interests and attracting deposits and financial resources in the Bank of Lebanon and using them to stabilize the exchange rate of the Lebanese Lira, which deprived the economic sectors – especially the productive sector – of financing and growth opportunities. The current financial crisis has also disrupted trade, due to the difficulty of transfers, which leads to a generalized recession and deflation. In response to this crisis, attempts were made during 2018-2019 to reach a “transition from the rentier economy to the productive economy.” This view is still on the table as one of the elements for solving the current crisis.
The Palestinian refugees, alike the Lebanese, were affected by the economic stagnation and the crisis, especially the increase in unemployment, and the retreat of businesses, including craftsmanship, shops, and medium and small businesses, and the larger ones owned by the Palestinian businessmen in Lebanon, who suffer the same problems as the Lebanese businessmen.
However, there are two distinct aspects of the crisis for refugees that are particularly relevant to their relationship to the labor market. The first relates to the right to work itself, and it was extensively discussed in the previous stage, especially in the framework of the LPDC. The conclusion of this aspect is that from an economic and realistic point of view, the Palestinian workforce is a vital component of the Lebanese labor market. The total size of the Palestinian workforce (according to the Population and Housing Census in Palestinian camps and gatherings in Lebanon, 2017 implemented by the Lebanese Central Bureau of Statistics and the Palestinian Central Bureau of Statistics, under the supervision of LPDC) is about 52 thousand people (including the unemployed) while the latest survey issued by the Central Statistics Department showed that the total number of the workforce in Lebanon (in 2018) is 1.8 million people. Hence, the total Palestinian workers in Lebanon represent less than 3% of the total workforce. The previous dialogues had reached recommendations that stipulated the necessity of facilitating Palestinian access to the labor market in an organized and public manner, and the consistent abolition of the principle of reciprocity, and their inclusion in social security. All of this can be achievable if compliance to laws 128 and 129 are respected, without the need to issue any new law.
The second aspect relates to the promised reforms and policies to move from the rentier economy to the productive economy and stimulate economic growth. This means the necessity of expanding economic activity and increasing rates of growth, with the need to increase the number of the workforce in conjunction with the expansion of production and growth, as the rate of economic activity in Lebanon is low (38% of the total population, 49% of the total population of working age). In this sense, the required and expected economic reform in the coming years must generate many job opportunities in order to achieve its goals, especially in the productive fields. In this regard, there is a definite need for the smart integration of the Palestinian workforce into the Lebanese labor market, with legal and decent conditions, since it is one of the requirements for economic advancement, especially in the sectors of agriculture, industry, craft activities, construction, infrastructure, etc.; considering that it is a Lebanese benefit in terms of the seriousness of the promised economic reform.
3- The social crisis
Its manifestations are numerous in various areas of living, in terms of both low income, deteriorating purchasing value, poor living conditions, lack of services, and prospects of additional drawbacks in UNRWA services related to the Deal of the Century and its consequent deterioration of education, health and social protection services. This will render the current relationship between Lebanon and UNRWA, and the current distribution of responsibilities inappropriate and requiring a thorough study and adjustment to keep pace with the new challenges which requires a further treatment in the near future.
Previous post
Next post