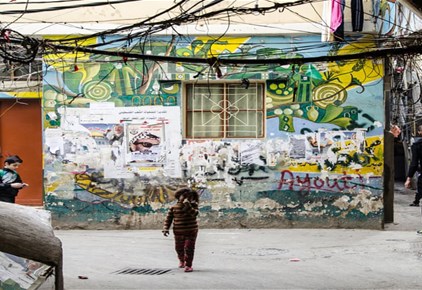 Hassan Mneimneh, Chairman of the LPDC

Throughout 72 years of Palestinian shelter in Lebanon, refugees were marginalized and abandoned in a way they did not experience in any other country of sanctuary. Despite being recognized by the Lebanese state as refugees, and with the establishment of a dedicated department for them at the Ministry of Interior to register them in official records, giving them Palestinian Refugee ID cards and passports, the Lebanese government has practically denied them the most basic of living requirements, such as the right to work, to own property, or to avail of water, electricity and essential services from government institutions.

This was all based on two main premises: the first is that it is UNRWA’s responsibility to secure the requirements of Palestinian refugees. Hence, the Lebanese state takes no responsibility for such issues. The second argument is that giving refugees such customary rights would be viewed as disguised resettlement that is not acceptable in any way.

And so, between UNRWA’s refusal of complete and total responsibility for all refugee conditions and the weak resettlement argument that hides the political relations among the Lebanese, refugees’ rights were lost, and camps remained in their pitiful situation, reflecting all aspects of poverty, deprivation and marginalization.

With the economic collapse in Lebanon, which is having an equally catastrophic impact on both the Lebanese and non-nationals, Palestinian refugees are increasingly marginalized to a level of discrimination between the Lebanese and the Palestinians in fundamental humanitarian issues.

So, if Lebanese hospitals, bakeries, and water pumping stations are barely securing diesel, one can see how it is almost impossible for the Palestinians to do the same. Medicine in pharmacies – even for COVID patients – is near impossible to find in Palestinian hospitals.  Furthermore, whereas subsidy crisis cards will be provided to the Lebanese, UNRWA – responsible for the relief of Palestinian refugees – provides only a tiny amount of money that is hardly enough to support a Palestinian family for a week.

Undoubtedly, and in the absence of any international, Arab, or local attention, the Palestinian cause and refugee issues face unprecedented harsh conditions. In part, this is due to several reasons. Key amongst them is the aim of having the Palestinian cause fade into oblivion, while others are preoccupied with their own issues and regional struggles. Regardless, the outcome is that refugee conditions, especially in Lebanon, are moving from bad to worse on all levels.

The Lebanese Palestinian Dialogue Committee and the Lebanese Working Group on Palestinian Refugees have already made valuable contributions that did not cost the Lebanese state money. Still, they have reflected the importance of recognizing the Palestinian’s suffering and grievance.

The Working Group, which comprises key political parties in the current and previous governments and parliaments, has raised several recommendations to the Prime Minister’s Office and requested that these be put on the Prime Minister’s agenda and approved, with one main goal: considering the Palestinian presence in Lebanon a case of forced presence caused by the Zionist occupation of Palestine and that it is their right to work with dignity to make an honest living while contributing to the steadfastness of Lebanon and its people.

In this context, ‘Jousour’ is publishing a series of reports on the situation of Palestinian camps in Lebanon – starting this issue with Shatila Camp – in the hope of presenting an image of the Palestinian refugees suffering in Lebanon.

We hope these reports would help shape a sound humane policy for those with whom we share our humanity in the first place, and the highlight the duties towards those we have chosen to host in our country, pending their return to their home country, no matter how long that takes.