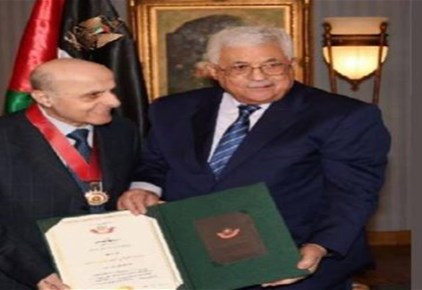 *Lebanese researcher and academic
Those who wrote about the passing away of the Secretary-General of the Organization of Communist Action in Lebanon Communist Action Organization in Lebanon, Mohsen Ibrahim, and his positions during the commemoration ceremony of his companion, George Hawi, who launched the Lebanese National Resistance Front on September 16, 1982. Ibrahim said at this that the Lebanese National Movement committed two mistakes during the 1975-1990 civil war. “The first was that in supporting the struggle of the Palestinian people, we went too far in imposing on Lebanon the burden of armed conflict in favor of the Palestinian cause beyond what it can handle in terms of energy, justice, and equity”. The second, he added, “was believing that it is simple to board the civil war vessel under the illusion of short-cutting the road to democratic change.”
Some people have assumed that Ibrahim ,by this statement, is disavowing the experience of the joint leadership of the Palestinian National Movement and Resistance in Lebanon, and later on the launching the Lebanese resistance. But this was just a chapter in Ibrahim’s political stances on both the Palestinian and Lebanese issues.
The text is a bold criticism of the experience of Ibrahim, Hawi, and the Lebanese National Movement led by Kamal Jumblatt as the chairman of the Political Council, in which Ibrahim occupied the position of the Executive Secretary. In fact, it was not uncommon to see Ibrahim criticizing on several occasions both the Lebanese and the Palestinian national political practices. He never cut ties with the PLO leadership at the darkest moments, as long as it was in the trench struggling against the Zionist settler. Not surprisingly, he did not give up on this leadership until it left Beirut with the Palestinian fighters. He stayed and took over continuing the resistance. But those who chose to disregard the previous chapter accused Ibrahim of supporting the Palestinian cause in all its stands, including when any relationship with the PLO became a “charge” that might lead to overthrowing whoever supports it overtly. That was true during the Syrian guardianship over Lebanon in the post-Israeli invasion of Lebanon during the summer of 1982 when the Palestinian resistance had to leave the country.
Ibrahim’s position was not separate from a pivotal issue in his intellectual path which had at its very core two essential concerns: ensuring that the Arab-Palestinian conflict with Israel never extinguishes, and that the independent Palestinian national decision remains in the hands of its people, at the time when several  Arab and international entities were seeking to confiscate this decision and use it in their negotiations on the bargaining table.
Ibrahim’s stance regarding the Arab-Israeli conflict emanated from a Lebanese patriotism fully aware that there is a “war of destiny” between Lebanon and Israel, and if the Palestinian people are at the front lines confronting the most violent colonial occupation that is still ongoing and expanding, yet the aims of this incursion go far beyond the Palestinian geography to include the entire Arab region. That being the case, Ibrahim believed that the Palestinians who had been resisting at the barricades for a century are not only defending their national existence but are also holding and controlling, as much as they could, a danger threatening all of the Arabic surrounding of Palestine, including Lebanon. In this respect, Ibrahim considered that the support of the Lebanese National Movement for the struggle of the Palestinian people is a national issue, which concerns Lebanon as it should concern every Arab country that Israel places within its direct and indirect targets.
Ibrahim was only seeking Lebanese support to Palestine and its cause. However, after the Israeli invasion to Lebaon, and when the Palestinian resistance left the country, Lebanon’s mission took a turn. The Lebanese National Resistance Front (NLP) role shifted from just supporting to getting involved in the battlefield with the Israeli occupation army, to defend itself, of course, under a Lebanese banner and with the help of Lebanon’s sons and their rifles, and to protect the sovereignty, freedom, and independence of Lebanon. In this context, the Lebanese National Resistance Front (LNRF) was declared.
Mohsin Ibrahim was laid to rest on June 5th. A personality that incarnated Palestinian and Arab symbolism, he was mourned by Palestinian Liberation Organization factions in Palestine and Lebanon. The Palestinian Authority mourned his departure and flew the flags at half-mast over its institutions in the occupied territories. In 2017, he was decorated by the PA President and PLO Executive Chairman Mahmoud Abbas with the highest Palestinian medal in recognition of his contributions and struggle for national, Palestinian, Arab, and international causes.
Previous post
Next post