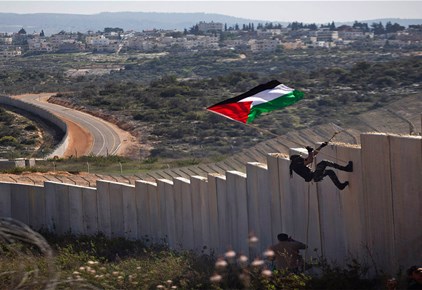 * Palestinian writer, thinker, and former President of Al-Quds University
The refugee issue is not a separate one. It is primarily the issue of the Palestinian people whose land was seized and dispersed around the world, or it has to do with tightening control in various ways over those who remain. Thus, it is not realistic any more to talk about a “solution” to the refugee issue apart from “dissolving”, “dismantling or “demolishing” that new entity that was created, expanded over seven decades, and acquired an international identity. It has imposed itself in the historical era we live in, which prompted the Palestinian leadership, the Arab world and the international community to seek a “settlement” with it that would involve many concessions, including the refugees in the diaspora, but to no avail.

Instead of taking advantage of the Palestinian leadership’s flexible stance and working on reaching a settlement, Israel embarked on consolidating its hegemony over the land it seized in 1967, and over the remaining Palestinian residents living in their own land. On the one hand, it tightened control in various ways over the new land it seized, and on the other hand, it affirmed through its laws the Jewishness of the state and the exclusive right of self-determination for the Jewish people over the entire land.

This reality entraps the Palestinian people in a quagmire without an honorable way out of it, whether in the refugee camps in the diaspora, in the different areas occupied in the 1967 war, or inside the Green Line. In each of these areas the Palestinians face challenges that are specific to their own circumstances. One group may seek partial solutions to their suffering, or see it imposed on them, but in the first place they all suffer from the same basic problem, namely the Zionist entity with its racist nature.

As I have already mentioned, there is no “solution” to the Palestinian cause , unless it is based on the fall of the apartheid establishment. And Israel itself ended the opportunity to preserve its own entity with a limited area by pursuing a colonial policy and by not showing responsiveness to the Palestinian leadership’s flexible stance at the time. This puts us in a situation that may last for decades, and requires the development of a long-term ideological map that highlights the different challenges we may have to handle in different points in order to maintain the people’s unity and resilience, down to the necessary dismantling of the Zionist establishment, so as to enable all segments of the population to exercise their rights.

Regarding the present situation and the “news” on “settlements”, the political process, the United States, the international standing, and so on, it cannot not be excluded that the Palestinian leadership will find itself at some point in the foreseeable future swept, under constraining circumstances, by a regional-international tide that drives it to accept a flawed settlement with Israel reflecting the reality of the settlement, rather than reflecting the image that was in the mind of Yasser Arafat when he made peace with Israel more than twenty years ago, or that is in line with the UN resolutions, with respect to the territories or refugees. The parameters of such a settlement, in case it is reached, are not clear. It will not address the issue at its root and will not satisfy national pride. It may also coincide with parallel attempts to dismantle the camps, fragmenting demands and solutions according to locations and circumstances, and obliterating the Palestinian identity and narrative. However, even if the settlement is not achieved, Israel will most likely find a way to gradually implement its agenda unilaterally, with repercussions be felt for decades to come. It will also be reflected on the conditions of the population inside and outside Palestine. The aim of the settlement is the fragmentation and obliteration of the Palestinian presence and identity in the camps and diaspora, in addition to consolidating Zionist sovereignty over the land at home, thus reinforcing the separation between the people and their land.

How do the Palestinians set their priorities given this scenario and in light of the prevailing balance of power? In order for the overall picture to be straightened out from the Palestinian perspective, there is clearly a need to reverse the equation, that is, to strengthen the unity and identity of the people on the one hand (to eliminate the policy of assimilation and division targeting it), and to dismantle the apartheid regime on the other hand (to eliminate the policy of strengthening the regime). It is not easy, but it is not impossible! It requires prudence in choosing pathways and statesmanship in handling issues. With regard to the refugees, the main challenge must be to scale up the methods of preserving their identity and narrative without allowing their tragedy to recur indefinitely, and to find the appropriate equation to overcome it in cooperation with the host countries to promote the stability and national security of the latter. I am talking here about strengthening the identity apart from camp life, its historical role and struggle in keeping the cause alive and advancing the economic and scientific status of the Palestinians, free from the restrictions imposed on them. At the internal level, the main challenge lies in finding equations that ensure and strengthen the resilience of the population holding Israeli citizenship, or the Palestinian identity under the Israeli political and security ceiling and diversifying and activating their methods of peaceful and political resistance against the racist regime until it begins to dismantle. This may be achieved through various means, including agreements entailing federal or confederal arrangements whose implementation may take decades. The process may not exclude the engagement of Israeli society itself, which is made up of more than five rival groups with their different linguistic, historical and cultural backgrounds and economic conditions, while our people, both Christians and Muslims, constitutes one people and one civilization.

Finally, all Palestinians, wherever they live, should strengthen a single identity, promote their one cause, and enhance their attachment to a unified land. The next stage will not, and cannot be like the preceding ones, nor should the Palestinian strategies for action be a replication of the past, with all its pros and cons. Our reading into history must be objective, not according to our wishes and it must be dealt with from a strategic perspective, i.e. from the perspective of the long-term ideological map the Palestinian leadership and elite must set, to maintain the resilience of the people and its ability to contribute to national life, regardless of its capabilities and circumstances until it is time for these days to be done.