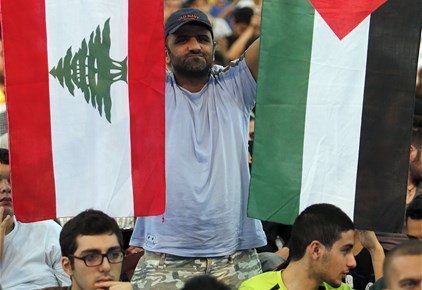 We issue this newspaper supplement to introduce the Lebanese and Palestinian public opinion to the importance of examining the problematic and complex difficulties the joint relations suffer from. These relations have extended over the span of this 70-year-old asylum, marked by much serenity and overshadowed by misunderstanding and controversy that peaked in the years of the Civil War and bloody internal strife. The Lebanese and Palestinian people pay a high price for the thick tension and fanaticism that emerged.

We have come to realize that it is time to break the stereotypes of dealing with asylum issues and instead start building bridges of trust. This would occur through the recognition of Lebanese sovereignty and laws and the provision of the socio-economic rights of the refugees, rights that would ensure them a decent life at least worthy of brothers who have been displaced from their lands by the Zionist movement and the Israeli state. They settled in our land, and some of them contributed to the success and prosperity of Lebanon. The current political moment, with its prevailing dangers, imposes this rapprochement, since their national interests converge on the rejection of resettlement and insist on the right of return, which, despite the international covenants and resolutions, remains threatened.
In this modest supplement, we will delve into the problem areas in the relations, attempting to break free of the chains of the past, including the Lebanese attitudes toward the Palestinians and the Palestinian attitudes toward the Lebanese, under a direct and honest approach. The writers – Lebanese and Palestinian – that participated with us on this project rely on those fixed principles, considered points of convergence for the Lebanese and Palestinians alike. Subsequently, we would like to thank all the writers who have contributed to this endeavour since the idea was conceived.
The data we put in the hands of our readers fulfil what the committee has started since its inception in 2005, and ensure an objective and professional management of the Palestinian issue in Lebanon on factual bases. We stress that this supplement should be an open space for the discussion of various opinions impartially and rationally with the purpose of reaching consensus on Palestinian refugee issues. We call on friends and readers to exercise their right to criticize, correct, and offer suggestions. We are sure that this is the way to build prospects for a healthy and sound relationship that would serve the interests of the two brotherly peoples and nations.
Previous post
Next post