One of my eyes is Palestinian and the other Lebanese 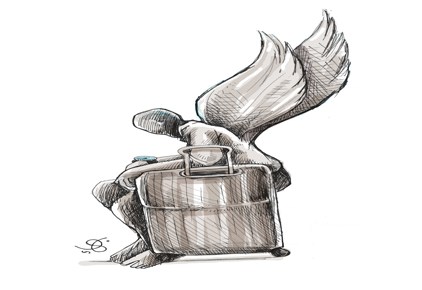 * Palestinian Lebanese journalist Some cats are born with a genetic disorder that results in a color mismatch of the eyes, but this disorder does not affect sight, but rather is a kind of beauty and distinction.
It seems that I was born with this disorder; I inherited it and will pass it to my heirs. I have two eyes: one Palestinian and the other Lebanese, and in spite of the difficulty to combine them in reality, nevertheless they are both precious and fundamental.
I was born a Palestinian refugee in Lebanon of the third generation, after the Nakba, but I might not be considered as a “pure” refugee. My Lebanese maternal grandmother intercepted the first generation; she was of south Lebanese origin.
The story starts here. I did not inherit the memories of the Civil War, but only saw the love, that powerful love and mismatched colorful eyes of my grandmother.
However, I was subject to Palestinian intrusion through my accent and the blue identity card, which were not a problem. The first is a proof of authenticity and distinction, and the second is an identity devoted to the right of return.
The situation remained as such until I entered the university where different worlds meet and horizontal and vertical sorting begins, sometimes out of identity, and sometimes for the sake of secterianism, and finally because of the economic situation. At that time, my eyes started to embrace the color of sadness by reason of bullying due to my accent, then my identity, which some saw as the cause of civil war that neither me, nor others witnessed.
University years have passed half-heartedly, Lebanese classmates would come closer whenever Israel attack Gaza with bombs, the y would join forces, grieve, and participate in our marches. However, when we start talking about the humanitarian situation of Palestinians inside the camps, they invoke the civil war, and we become enemies, we are called terrorists, and the camps become so-called security islands.
It is a dichotomy that I do not understand, how a person can love a cause, and at the same time hates the persons concerned by this cause.
Unfortunately, Palestinian suffered a “silence” trauma, and locked himself inside the camps, and the other merely became a torturer, avoiding looking at his eyes and dealing with isolation and seclusion, fostering a legitimate environment open to all scenarios and possibilities.
Nevertheless, my two-tone eyes refused to surrender and be isolated. My Lebanese eye looks outside the camp and loves Beirut; this is why I started working. Also, my accent and identity were a reason that I work in forced labor, long working hours, with restricted and short vacation, a salary that is not sufficient for transportation, surreal work contracts, and on top of this all, you still hear people saying “it’s good you have a job and you are Palestinian.”
Finally, my Lebanese eye led me to love a ‘Beiruti’, and we got married. It was not an easy task and I went through investigation just because I wanted to marry a Lebanese; and then once again after I gave birth to two girls and I demanded citizenship, and it was not easy when I received the family status registration on which was now written “transferred from foreigners department”, but is not Lebanese.
My Lebanese eye aspires after Sila and Mila, my two girls. It is wonderful to be a Palestinian and carry in my womb two Lebanese.
Until now, I have not seen the colors of my daughter’s eyes, but I hope that they will be two-toned in order to see the most beautiful things in the Palestinian and the most beautiful things in the Lebanese.
Previous post
Next post