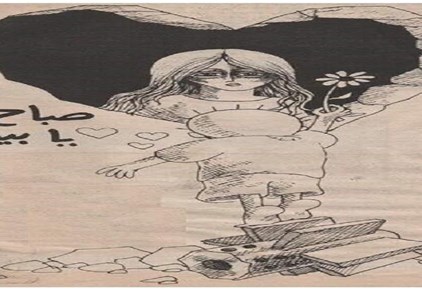 At the moment of the disaster,  when the explosion echoed in the Port of Beirut and we started receiving breaking news regarding  the magnitude of the tragedy, the thousands of victims, the missing and injured, and the widespread destruction of about 70,000 households and numerous public institutions and buildings; right at that moment, the different Palestinian factions and associations mobilized the camps, urging people to donate blood and called upon health centers and hospitals to admit the injured especially that the explosion has damaged four main hospitals in Beirut. People at the camps responded quickly and the youth at the camps reacted immediately to heal the wounds of the capital people. This was the first reaction towards Beirut and Lebanon, which means a lot to the Palestinian people, despite the scars of the past that are still not healed.
That was on the evening of the tragedy.  The next day, the priority was to organize the mobilization of support and rescue teams to help the wounded and the injured and clear the rubble.  Of course, Palestinians and camps do not have the resources of a state, but they have organized themselves to provide aid and assistance and participate in the rescue and relief operations. Three main Palestinian entities  contributed to the operations: Al-Shifa Association, which sent 13 teams from different camps (13 cars and 100 rescuers), the Palestinian Red Crescent, which sent the ambulance teams and opened the hospitals of Haifa and Hamshari to receive the urgent cases. Two brigades from the Palestinian civil defense were involved as well in the rescue operations at the port and in nearby buildings. Furthermore, the factions and the civil society rushed to help from a perspective of brotherhood and solidarity. A number of Palestinians who have homes in Beirut and Sidon were willing to receive families that lost or have their homes damaged. The Palestinian teams were present at the ruins of the port and its surroundings, working shoulder to shoulder with their Lebanese and foreign colleagues, healing wounds, searching for bodies, lifting rubble in search for missing people and hoping  to save the lives of those who were stuck under the wreckage .
The two hospitals of Haifa and Al Hamshari, operated by the Red Crescent, admitted many injured people who received the necessary medical care. The Association President Dr. Younis Al Khatib confirmed that the association’s hospitals and ambulances staff in Lebanon did and will do their best in supporting the evacuation and ambulance crews as this is part of their human and national commitment to Lebanon.
The calamity that hit Beirut hit the camps as well, and it was not surprising that the Palestinians, along with their brothers, the Lebanese people, were donating blood to save the thousands of injured.  They were there to save, aid and dress the wounds amid the flame and the smoke. Palestinian civil and social associations have also launched initiatives to raise cash and in-kind donations from the camps.  Two Palestinians were among the port martyrs and many were injured.
Activists on social media platforms launched a Palestinian campaign of solidarity with Beirut. The websites were full of thoughtful expressions such as “Peace for Beirut” and “ Dear, Oh dear Beirut”.  The famous cartoon of the Palestinian painter Naji Al-Ali published in Al-Safir newspaper following the Israeli invasion of Beirut in 1982, and which represents a girl looking out from a shell hole and saying “good morning Beirut”, was again on social media.  Also, the Lebanese flag with the expression “from my heart, peace to Beirut” was all over the social media.
On the political level, The Palestinian President Mr. Mahmoud Abbas, in a phone call with President Michel Aoun, expressed his condolences for the martyrs and his wishes for the recovery of the injured. President Abbas declared the day following the explosion a day of national mourning during which flags were lowered to half-mast  in solidarity with the Lebanese people.  He also sent a high presidential delegation from the PLO and members of the Executive Committee, which consisted of Palestine Liberation Organization Executive Committee members Azzam Al Ahmad and Saleh Rafat, Bassam Salehi, Wasel Abu Youssef, Fathi Abu Al-Ardat and Palestinian ambassador to Lebanon Ashraf Dabour. The delegation conveyed to the President of the Republic the solidarity of Abbas and the Palestinian people with Lebanon following the explosion of Beirut port. The delegation declared that all Palestinians’ resources are at Lebanon’s disposal to overcome this ordeal.
After the meeting, Al Ahmad highlighted the historic neighborhood relations between the peoples of Lebanon and Palestine. These relations date from before the establishment of Israel when the Lebanese used to visit Palestine, and that explains why the Lebanese fought in Nazareth, Haifa and Galilee side by side with the Palestinian revolutionaries and participated in the contemporary Palestinian revolution.
Then, the people of Lebanon have embraced, and are still, hundreds of thousands of refugees who will return home whenever opportunity allows and who will maintain brotherhood relations with Lebanon.
Prime Minister Mohammad Ashtieh has put the full capacities of the Palestinian government at the service of the Lebanese Republic.  Foreign Minister Riyad al-Maliki called Lebanon’s Foreign Minister to express the solidarity of the Palestinian people with Lebanon, a country that welcomed the Palestinian people and protected their rights, a country that upholds its Arab identity. The head of Hamas political office, Ismail Haniyeh called the presidents Michel Aoun as well, Hassan Diab and Nabih Berri. The PLO Executive Committee member, head of the Refugee Affairs Department, Dr. Ahmed Abu Holi, also sent a message of solidarity to LPDC chairman Hassan Mneymneh in which he confirmed his support to the brotherly Lebanese nation during this ordeal.
Previous post
Next post