Palestinian Youth: Prisoners of the Past, Hostages of the Future 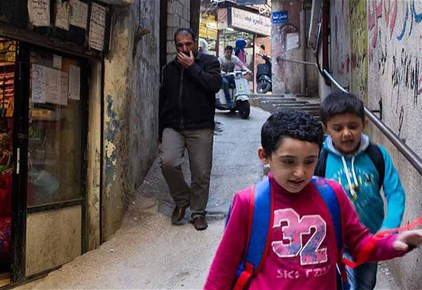 *Researcher, Professor of Sociology, participant in the French Institute for the Near East

This problem can be addressed in several ways, the most important of which is the building of a new popular, legitimate political system that will help them shape their individual and collective identities, which have been in crisis since the collapse of the Palestinian national project. Indeed, what the Palestinian camps and the new generation of Palestinians are experiencing today reflects the crisis of the process of shaping the identities represented in the liberation project.

In light of the chaos in the Palestinian political leadership in the camps, and in light of the crisis of political representation, there is no legitimate popular legal system today that enjoys a minimum of “willingness to obey” by young people, as Max Weber described the forms of domination or control. In the absence of any legitimate political control and of confidence in this legitimacy, young people today ask existential questions centered upon moral issues, good and evil, human and inhuman, the spiritual question, and the meaning of existence and life. For this reason, many young people call for preserving the values and traditions of society as the single possible form of legitimacy that can create, after the collapse of the charismatic hegemony of Yasser Arafat’s regime and the loss of rational or legal hegemony, the willingness to obey for these young people. These values may sometimes find themselves in the Islamic movements under the banner of resistance, as they are closest to a secure legitimacy despite their different interpretations. But they are constant, sacred, and invisible and cannot be tampered with.
Moving away from blaming or assigning responsibility to any Palestinian or Lebanese party, I want to focus on Palestinian identities from the perspective of sociology in the context of exile. In other words, I want to understand the dialectical relationship between personal identity, social identity, memory, and space: in the case of Palestinian refugees, the camp. In sociology, the concept of identity is vital and dialectical, not static. It is a multi-dimensional, polysemic concept, one that holds many different signs and meanings between the individual domain and the ideological domain, which is often manifested in nationalism. Identities are composed of the multiplicity of experiences in life. They change, transform, go through crises, and are liberated in interaction with others, such as self-building and the identity crisis, for example, and the social and political spheres, such as identity claims and psychological trauma.
In the Palestinian reality, like any other reality, among the most important unifying forces of the group are existential needs and the nature of the cause. This reality builds self-representation and collective identities that are shared by all individuals and that represent them all, a fact that strengthens ties between them as part of a whole, without which they are nothing. These groups play a role in shaping perceptions and identities of the individual.
These individual and social identities are formed through daily living conditions and symbolic components, such as collective memory, the nation, and ideology. Memory is a vital and important factor in a state of exile. In the case of Palestinian refugees, memory is linked to the right of return, and thus becomes synonymous with it. These elements fall into a record that can be called “history.” Other records can be added to supplement the historical record, such as religion, culture and language, where they can be considered overlapping and bearing important symbols.
However, identity cannot be treated on an individual basis without regard to social or political factors in the formation of identity. Indeed, there is a constant dialectical interaction between the individual, the self, and the social and political culture in the formation of social identity. When we refer to “Palestinian refugees in Lebanon” in the singular, what we really mean is a belonging group, perhaps a very specific group despite its diversity, without taking into account that the social identity of the individual changes, shaping the changing self and being influenced by collective experience (real or symbolic) in a common space (material and ideal), often constrained by the values and beliefs of the group.
In the Palestinian reality, collective experience, shared space, and beliefs crystallized in the most prominent aspect of collective identities: the Palestinian national project. Today, with the collapse of the project, this collective experience is only a theory that is transferred between families, individuals, and groups, as there is no longer a healthy collective environment and space to build a current political, community-based collective project with Palestinian youth. Individual identities have naturally become exhausted because they have only manifested through this national identity, which is now captive of the past. Therefore, the actors and workers involved with Palestinian youth must unite to build a suitable environment and spaces to develop the individual capabilities of the Palestinian youth in a legal framework, and to work on memory, history, the present, and the future together. This is to bring young people out of the past, to secure the conception of a life project for each individual, and to build hope to replace the disappointment and despair of waiting for their involvement in a new liberation political and national project. Young people are currently tied to the past and to memory, which leads to ambiguous identities that absorb every current project presented to them. However, the majority of these projects cover the present only through the past rather than through a project for the future.
Youth should be given opportunities to collect and analyze their experiences. This cannot be done in formal meetings where an expert comes in to present theories and disseminate knowledge, but rather through places for knowledge exchange and interaction. This process should lead to the beginning of planning for action, the organization of realistic actions from a historical perspective of social change in conjunction with the analysis of causes, and the practical application that always links work to the avoidance of unproductive activities and instead developing a community project identified by young people themselves. They should recognize the importance of daily work in line with this project, which will become the goal of action.
Previous post
Next post