Stereotypes Overshadow the Suffering and the Heroes’ Stories 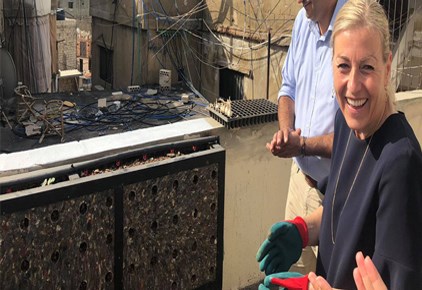 *Royal Norwegian Ambassador in Beirut
As Norway is one of the longstanding partners of the Lebanese Palestinian Dialogue Committee, I am pleased to be here in support of efforts to strengthen and grow comity and cooperation between Palestinian refugees in Lebanon and Lebanese host communities.
It is no easy task to change perceptions about a people which have been systematically developed, manipulated, and perpetuated throughout an extended period of civil war and displacement. Memories of a troubled past still haunt both the Lebanese and Palestinian refugees in Lebanon. With repeatedly interrupted reconciliation efforts and the creation of physical and imaginary boundaries between the two peoples, it is understandable how it has become so difficult for one to see himself or herself in the “other”; to see the human. Negative images and stories about Palestinians in Lebanon perpetrated by the media do not help either: lawlessness, violence, and stereotypes are overshadowing the human suffering that most Palestinians face on a daily basis. Such images and stereotypes also overshadow the many heroes within these communities who under harsh and precarious conditions still manage to secure a basic meal for the family or succeed on high school exams.
It is time to have the courage to open up to the “other” and to know them on the human level – I am sure that this will shatter all the false perceptions of fear that hinder the Palestinians in Lebanon. I am also honored to represent a country that has supported Lebanon’s remarkable ability to host its refugee population for more than 70 years. We hope that through our support to the LPDC vision, including the census that was conducted last year, Norway can continue to play a constructive role in re-shaping the narrative around the presence of the Palestinians in Lebanon – toward securing a dignified life until their right to return has been fulfilled.
Previous post
Next post