The Israeli Internal Dispute on the ‘Basic Law of Nation-State 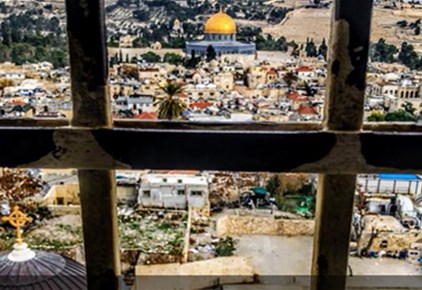 Early on the morning of July 19, 2018, the Israeli Knesset conclusively enacted the nation-state law, which defines Israel as the “nation-state of the Jewish people.” It grants preference to the Hebrew language over the Arabic language, as well as to Jewish settlement. In addition, it limits self-determination in Israel to Jews only and names “Jerusalem, complete and united” the capital of Israel.

Basic laws have constitutional status in Israel, since it still does not have a constitution.
I think that the danger of this law to the Palestinians in their various places of residence is clear, but from my specific position in the 1948 areas, I will try to focus on the internal Israeli dispute over the law to get to the bottom of it and understand the extent to which it is compatible with our reasoning as Palestinians in opposition to this law.
The first thing to say in this regard is that when the “nation-state law” was still a “bill” open for discussion, there was agreement regarding everything that had to do with determining Israel’s identity and functions among the main Israeli political parties: Likud, Labor, Yesh Atid, The Jewish Home, Yisreal Beiteinu and Hatnua (The Movement). Their political platforms define Israel as a Jewish state and thus its higher functions are derived from this definition.
This is what applies to opposition parties. For example, the opposition secular centrist party Yesh Atid (There Is a Future) defines its vision of Israel’s identity in the introduction to its platform thus: “We believe that Israel was created as a nation-state for the Jewish people. It should remain a state with a Jewish majority, with secure and defensible borders.”
The Labor Party (opposition) also defines Israel in its recent election platform as “the state of the Jewish people, and accordingly, the party opposes the return of Palestinian refugees to areas within Israel’s borders. The problem of these refugees will be resolved in an agreed manner with the participation of the countries of the region and the international community, but not by granting the right of return (to refugees).”
As for Hatnua (opposition), its election platform includes the following principles:
1. “The Israeli people have an inalienable right to a sovereign State within the borders of Eretz-Israel (Palestine), its national, historical, religious and cultural homeland;
2. The central political goal of Hatnua is to ensure the consecration of the State of Israel as a national home for the Jewish people, as a democratic state in the spirit of the ‘Declaration of Independence,’ living in peace and security with all its neighbors;
3. Ensuring Israel’s survival as a Jewish and democratic state requires maintaining a Jewish majority among its citizens.”
Such consensus is not confined to the main Israeli parties in the coalition and the opposition. It also applies to elites who style themselves liberal. They believe that Israel is indeed a nation-state of the Jewish people and that there is no need for a basic law to define its identity because it would undermine the principles of Zionism itself, as if what is contained in it contradicts the essence of the Zionist doctrine.
To illustrate the position of these elites, extracts from a “memorandum” presented by two senior researchers from the Israel Democracy Institute in Jerusalem to the Israeli Ministerial Committee for Legislation can be found at the start of the discussion of the bill building up momentum (memorandum dated May 2, 2014).
The memorandum opens with the following: Although we agree, naturally, that Israel is the nation-state of the Jewish people, we oppose the recent bill proposed in this regard, since we see a dangerous bill that could upset the fragile and sensitive balance between the two main components of the definition and character of the State: Judaism and democracy. This is not about an ordinary law, but rather about an untouchable basic law that defines the identity of the state.
The proposed draft law lacks the necessary balance between the state being a nation-state of the Jewish people and a democratic state, because it pushes the democratic component from its central position to the fringe, i.e. this is a complete turnabout that radically changes the constitutional system in Israel in place since its establishment. The draft law deals with the identity of the state, focusing on its Jewish character and dwarfing its democratic character. It even goes as far as to completely disregard any content in this democratic character. We see this as undermining the “very foundations of Zionism” … Thus, the bill damages irrevocably relations between Jews and Arabs in Israel and the image of Israel in the world, while making the state an intolerant place for anyone who adopts a liberal Jewish view.
The memorandum believes that the enactment of this law will be a lever in the hands of anti-Israel forces used to make claims against its legitimacy as a Jewish state.
These extracts indicate that the opposition of the law, by the forces that profess to be liberal, does not stem basically from a principled or moral viewpoint, but rather from concern about the reactions the law might provoke around the world. They also indicate that this approach is in essence a “right-wing” position, since it is supposed to serve the purely Jewish interest in “granting conditional concessions” to the rights of Palestinian citizens at home. It is not founded on universal and equal values based on the recognition of the collective nationalist rights of these Palestinians.
Perhaps what is even more unsavory is reading between the lines of the said memorandum. It can be inferred that Israel does not need a constitutional text to better discriminate in favor the Jews, to establish Jewish settlements and towns for Jews only, etc. This is exactly what the state has been doing through the public policy of apartheid adopted by its successive governments, but more as “low-intensity” discrimination without public proclamation lest it be caught red-handed.
It goes without saying that most of the above was reflected boldly in most of the internal Israeli debate that followed the conclusive enactment of the law, with few exceptions that do not blot out the toxicity and the character of this consensus.
Previous post
Next post