The new Nahr al-Bared camp: Searching for facts and the roots of memories 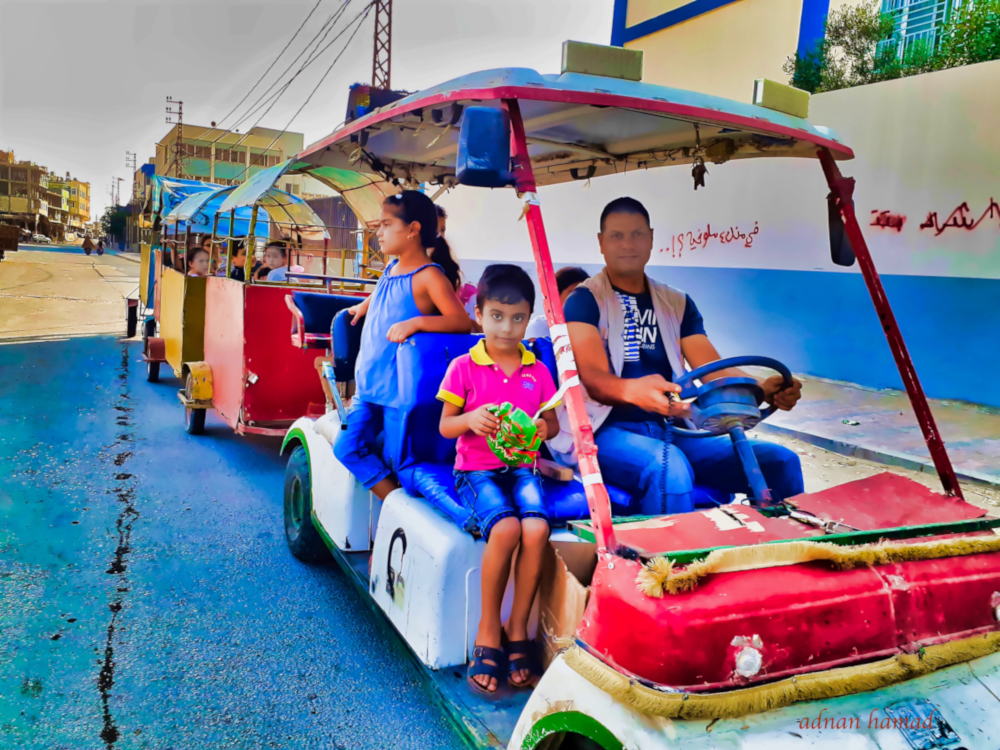 Palestinians, in general, despise the month of May because it was in that month that the Zionist gangs announced the establishment of their state on the ruins of their villages and cities and the corpses of their people. But for the people of the Nahr al-Bared camp in northern Lebanon, this month has become doubly despised following the events of 2007. It has become a pivotal date in the Palestinians’ alienation in Lebanon, separating two eras in the life of the camp.

The camp’s geography changed after its destruction and reconstruction, and the demography of the camp, scented with the fragrance of Palestine, was crushed by war and replaced with civilian neighborhoods.

The war erased the memories it contained within its walls and in its alleys, so it retreated into the social structure and brought about a significant transformation within a community of more than 25,000 people (according to the statistics of the Lebanese-Palestinian Dialogue Committee – LPDC – issued in 2017).

The camp lost infrastructure and neighborhoods, such as the stadium of the five martyrs, the seaside corniche, the rock district, the square of the displaced, the river basins, the train bridge, the slaughterhouse, and the co-op. However, it remained engraved in the memories of the people of this camp, which was established in 1949, and which served as a refuge for Palestinian families, most of them from northern Palestine, and therefore, since its inception, its neighborhoods bore the names of the villages of Saffuriyya, Sa’sa’, Damoun, Amqa, Samu’, Al-Birwa and others.

The camp witnessed no wider audience than for this match, not even when Al-Najma and Al-Ansar clubs were hosted in the camp. The game often ended with a one-goal difference, after which the winning team celebrated for a whole week.

This climate has wholly disappeared, not because the two teams decided not to participate in a tournament, but rather because the land on which the stadium of the five martyrs stood has not been released due to “legal problems on the property,” says Khair Waked, a member of the Sports Committee in the camp. The alternative, meanwhile, is a stadium rented with only a five-year contract with financing from UNICEF, ANERA and Education Above All as part of the “Empowering Palestinian refugee children and youth in Lebanon through sport” project. The fear, however, is that “there will be no one new to fund to rent for the stadium, whose contract expires after a year.”

The people of the camp returned to the new structures after the reconstruction and received tiny houses that were compact and somewhat more beautiful but lacked the spirit of the old camp. Years passed to secure reconstruction funding and remove the rubble.

In 2011, the first family received its new home. In the end, people returned to a place whose name remained a camp. As a result of psychological pressures and the new complex structure, many irritants appeared that bore three crimes that shook the camp. The first was in 2013 when teenagers killed a young man. Last February, a woman in her 60s was killed, and her body was thrown into the sea, and last October, a young man killed his brother under the influence of drugs. In 2011, the Palestinian Abu Khader al-Husari was killed in the village of Akkariyeh while he was working as an ice cream vendor.

Omar Wahba, a psychotherapist, considers that “these problems are isolated and cannot be generalized to a society. Their increase can be attributed to deteriorating living conditions that have led to a high rate of thefts and crimes across all Lebanese territories. In addition, the increase in unemployment and poverty rates introduced negative phenomena that ravaged the youth community and spread to the distribution and abuse of drugs in abundance. To curtail them, awareness-raising community initiatives have been active in the camp’s cafes and neighborhoods that seek with limited means to treat addicts.”

Before the war, Muhammad Al-Hosari owned a vast ice cream factory that operated two morning and evening shifts. But the venture that cost nearly $1 million ended with the war, according to his son Khader. When the family restarted the factory after the war with a limited production capacity, the business soon came back to a halt after the murder of Hajj Muhammad (Abu Khader) in a Lebanese village as a result of theft. “The venture has been permanently stopped since 2012. The family has no income, and has even been deprived of the budgeted compensation it would have received from the Italian grant, as it was converted into public projects,” Khader says.

Wassim Abu Al-Hajal owned a carpentry shop, and his father owned a supermarket, both of which were destroyed as a result of the war, and they were never compensated for their losses. Wassim is currently working on a camp reconstruction project for 100,000 Syrian pounds a day, the equivalent of a few US dollars, and his father is unemployed. Wassim and his father will take possession of their reconstructed shops next February, but with reduced surface areas. The woodshop, which used to be 45 square meters, is now 12 square meters.

Ibrahim Othman, who worked in the plastic and cardboard trade before the 2007 war in the camp, is married and has six children. He now works as a teacher in one of Akkar’s private schools. He lost his house in the war, and while he waits for the reconstruction to be completed, he rents a residence for the fourteenth year in succession.

Before the camp’s destruction, his interests were confined to his family, his work and pursuing his university studies. Still, after the war, he was displaced from his home and his business, and the debts, financial dues related to his trade at the time, kept hounding him.

“In 2014, the conditions of the camp’s residents grew more difficult when UNRWA stopped paying rent and social benefits by halting the emergency plan for the people of Nahr al-Bared,” he says. “By the end of 2019, and due to the deteriorating economic conditions in Lebanon, our tragic circumstances worsened, debts accumulated, and we found ourselves in real trouble. “

Ibrahim points out that his “monthly income today is the equivalent of less than $60, while $500 are needed per month to cover expenses.” He calls on UNRWA to accelerate the reconstruction process and immediately start to pay a fair and equitable rent allowance to families whose homes have yet to be reconstructed following the deteriorating conditions of this marginalized group. He appeals to the Palestinian authorities to concentrate on the Palestinians’ social aspects, separate them from factional disputes and quarrels, and not restrict their focus to those affiliated with the factions over others. He calls on the “Lebanese government to end the military situation in the camp and facilitate its communication with its neighbors in order re-activate the commercial movement inside the camp, and to remove the legislation and laws that pressure the Palestinians, and instead approach the Palestinian presence in Lebanon with a fraternal and humanitarian view and the perspective of necessary social rights.

The house of Abu Wassim and others was scaled down due to the standards of the architectural plan that accompanied the reconstruction. The camp’s previously overcrowded area is being rebuilt, but with the creation of streets where there were narrow alleyways in the past. By the beginning of 2022, 75 percent of the reconstruction process was completed, and with a budget for some of the parcels that have been started, or at least planned, the percentage could reach 85 percent. But this has not eased the people’s anger, as the war ended 15 years ago, but the reconstruction has yet to end. Nevertheless, Mahmoud Hanafi, the director of the Shahid Foundation for Human Rights, says: “What happened is an achievement, and it is steadfastness and presence that won in the end, because there was no decision to reconstruct Nahr al-Bared, like the camps that were previously destroyed and never reconstructed.” He adds that “despite the slow pace of reconstruction, UNRWA has made efforts in reconstruction, but it is falling short and should complete it.” He considers that “the Nahr al-Bared crisis was an eloquent lesson for the Palestinians, who conveyed a message before and after the destruction of the camp that they are not a party to any Lebanese or external political conflict, despite the many security tensions in Lebanon. The Palestinian camps have maintained their neutrality, benefiting from the bitter experience of Nahr al-Bared.”