The Palestinian archives … The future battle 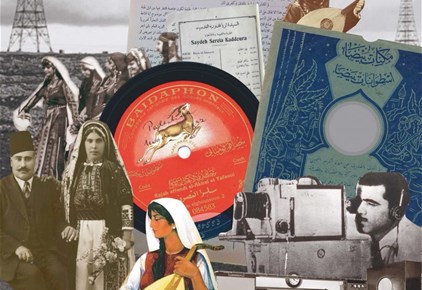 * Palestinian journalist.
The building hosting the Palestine Research Center near Sadat Street in Beirut is still burnt since it was bombed on February 5, 1983. Since then, the search for its archives began. The Israeli occupation forces had earlier looted its contents, when they invaded the Lebanese capital in September 1982 l and transferred them to the occupied territories “with the help of Israeli documentation specialists and library science experts,” as the late researcher and academic Samih Shabeeb maintains in his book The Lost Memory published by the Palestine Research Center.

The occupation did so because it was aware of the important role the materials and documents of the center could play in challenging its existence with the historical narrative and the legal and political standpoints. The occupation did not stop here. The documents plundered during the Nakba and the incidents documented by its soldiers and leaders during that period were designated “top secret “and supervised by the Malmab (the most secretive department of the Israeli Ministry of Public Security), according to a report of the Akifot Institute for Israeli-Palestinian Conflict Research. The report indicates that the Malmab illegally destroyed historical documents without obtaining the required authorization to do so.

This happened at the institutions of the occupation state, while the Palestinians have worked in different parts of the world to piece together the looted Palestinian memory by preserving some of its material evidence. Fortunately, a large part of such materials is available in some Arab and European countries. Palestinian researcher Dr. Bashar Shammout, who lives in Germany, authored The Audiovisual Palestinian Heritage, Origin, Dispersion, and Digital Preservation: Preliminary Studies and Future Prospects that was recently published by the Institute for Palestine Studies. The book includes a summary of a project in which he embarked on searching for audiovisual archives related to Palestine. Shammout found numerous materials in the German archives and in some European countries. Among the things he found in the Ethnological Museum in Berlin, were two records released by Palestinian singer Rajab Al-Akhal who is relative to his mother, the Palestinian artist, Tamam Alakhal.

In an interview with Jousour, Shammout considered that “those who dominate the collective memory, and the archives dominate the distortion of history the way they want,” and explained that “this is what is being perpetrated against us in Europe and America.” He stated that his idea “is based on linking the various Palestinian archives in a combined digital databank indicating the existence of these various archives while enhancing the independence of each.” When asked about the possibility of solving the problem of collecting the Palestinian archives in the diaspora, he replied saying that “it is possible and it is the objective in the first place, but this requires synergy regarding capabilities and competencies in terms of jurists, technologists, academics and archivists.”

Shammout faces enormous challenges in his project although the plan has been developed. However, what it lacks is “funding and finding the appropriate people and institutions to implement it,” as he put it.

His idea to digitize the Palestinian archives is not only necessary owing to the technological development in the world, but because the Palestinians are scattered, and access to information seems extremely difficult, especially that official Palestinian institutions, whether PLO-affiliated or those of the Palestinian Authority (PA) emanating from the PLO, are not working on recovering what can be saved from the lost archives of the research center in Algeria after they recovered them in the famous prisoner exchange in 1983. It should be noted that the PA’s archives are related to the post-Oslo period, and they document a history that began in 1994.

Given this Palestinian dilemma that needs to be resolved sooner or later, various initiatives have sought to collect what can be gathered about the memory of the Palestinian people at home and in the diaspora. An example is the Khazaeen (Treasury) initiative launched by researcher Fadi Asleh which focuses on Arab and Palestinian issues and has many active delegates around the world. Launched in October 2016, the initiative seeks to “build a societal archive that documents the daily life of the Arab world combined with people’s stories.”  Khazaeen, an association based in Jerusalem, believes that “Archives alone would not be successful in the rise of Arab societies; to do so we need a center of studies to support it, and a library to provide what publications don’t,” according to its website.

Perhaps what Khazaeen has done is entirely consistent with other digital archives that prestigious academic and research institutions work on, such as the Digital Projects

website of the Institute for Palestine Studies, the Birzeit University Digital Palestinian Archive (BZUDPA), and the Palestinian Oral History Archive (POHA) website created in 2019 by the American University of Beirut and containing a collection of materials gathered over many years by the Arab Resource Center for Popular Arts (AL-JANA) and the “Nakba Archive” operating in Beirut.

These important, modern, and necessary efforts advance the Palestinian question, but unless a powerful institution is established to gather all these materials, collect lost and stolen items, and make them available to researchers and the public in general, we will be facing a new calamity which is the lost part of the history of Palestine and its people. The question that needs to be asked now and later is: who lost it? Most importantly, if history were scientifically documented, the Palestinian people would win the battle of the narrative and have legal documents at hand. History makes the future if used in the right way.

BOX
The Israeli archives on Palestine are estimated to be 40 km in length. They contain many files on Palestine and the Palestinian people, some of which date back to the Ottoman era and cover the period extending from 1815 to 1917. The archives also include many government and public institutions files covering the period of the military rule and the British mandate of Palestine (1917-1948). In addition to seizing the documents and archives of Palestinian institutions following the Nakba, Israel also seized many treasures of Palestinian heritage from private and public libraries containing manuscripts and printed books, most of which were moved to the National Library in West Jerusalem.

Israel also seized the papers of the mandate government departments and the archives of Palestinian institutions active since Ottoman rule and the British mandate, such as the archives of the Sharia courts, civil courts, municipalities, and the private papers of Palestinian families and leaders. Furthermore, large numbers of documents belonging to the Supreme Muslim Council and the Arab Higher Committee were incorporated in the Israeli archives.