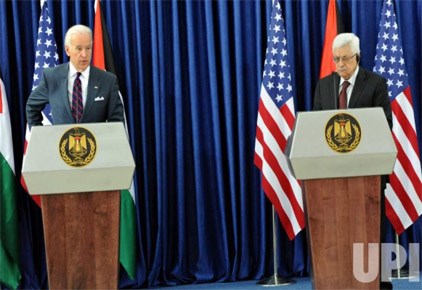 During 2020 and before that, the issue of Palestinian refugees was and still is deliberately targeted by the American Israeli duo which considers its solution, according to its vision, one of the gateways to resolving the conflict in the region within the framework of the implementation of the so-called “Deal of the Century.” In order to hollow out this question, by cancelling the refugee status of millions of refugees, this duo worked to undermine the UNRWA mandate, sometimes by accusing it of corruption and terrorism, and sometimes by inciting donor countries to stop funding it. For the Israelis and the outgoing US administration, its fate was considered pivotal to the extent that an Israeli official considered that the dissolution of UNRWA is equally important to the US recognition of Jerusalem.

For this and other reasons, defending UNRWA, preserving it, and sustaining its funding are the key elements that have temporarily preserved the refugees’ issue and the right of return. The battle fought at the United Nations General Assembly in 2019 to renew UNRWA’s mandate for three years, is a confirmation of that. However, what is striking is that this renewal was not accompanied by the commitment of donor countries to tackle the financial problem the agency is still complaining about. By November 2020, donor countries had not fulfilled their obligations by contributing to the budget amounting to 1.4 billion dollars. The General Fund deficit amounted to more than 150 million dollars while the contingency funds and private appeals have not fared better and have also faced a similar deficit.

Currently, it is indisputable that the UNRWA is going through the worst crisis in its history, although it suffered from a similar problem in 2017 and 2018 to the extent that the deficit amounted to 446 million dollars at the time. But the agency managed to overcome that crisis, which underlines the fact that the problem can be addressed if donor countries, both traditional and emerging, maintain the same contributions made in 2018 and 2019, in addition to the fact that since the US suspended its contribution, the number of donor countries and institutions has increased to about 42.

Hence the importance of the United Nations Secretary-General’s call to make UNRWA “funding sustainable…. not only for one year, but years to come.” We believe that there is an actual possibility to translate this call into a reality if advantage is taken of some of the strengths that can be invested in ensuring sustainable funding, although we are convinced that the causes of the crisis are not technical or financial, but they rather lie first and foremost in the political decision, and therefore resolving this crisis is supposed to be political.

There is a need to protect UNRWA and move it out the cycle of financial and political blackmail perpetrated by some countries, which gives it the freedom to implement its programs. At the same time, handling the financial crisis should not relieve the US from assuming its responsibilities, as it is the leading cause of the crisis and one of the main parties that have contributed to creating the refugee problem, let alone supporting the Zionist entity and providing it with all means of survival and nurturing extremism and racism.

From the standpoint of the refugees, many questions are raised about the funding issue and its fluctuations from year to year. Based on this, we make the following observations:
 It is not logical that the General Assembly voted, with a significant majority of 170 countries, in favor of renewing the agency’s mandate while it is unable to address a financial deficit that is peanuts compared to the annual support to poor countries approved by rich ones.
 If it is understood why the US ended its financial contribution, then what are the reasons behind the reluctance of more than 50 donor countries to address the financial problem?
 The agency earlier announced that it had concluded multi-year financial agreements with 17 states with the aim of achieving financial stability in terms of obtaining a clearly defined budget in straight years (2020-2022). What has become of these agreements?

Today:
another challenge faced by UNRWA, aside from the challenge of resilience in the face of US-Israeli pressures, is the ability to respond to the repercussions of the coronavirus (Covid-19) pandemic. It is remarkable that all countries of the world have adopted, in parallel with the general mobilization policies, economic packages worth millions of dollars in support of their citizens. However, Palestinian refugees in Lebanon and other areas of operations have remained excluded from all forms of economic and relief support. UNRWA contented itself with making three appeals on facing the pandemic in its five areas of operations, but it received poor response.

The economic and social conditions of the Palestinian refugees in Lebanon have reached the brink of collapse due to the prevailing crisis in Lebanon, and as a result of the total dependence of all families on UNRWA assistance, but whenever the agency faces financial problems, this negatively impacts the conditions of refugees. Although the agency’s figures indicate that almost two-thirds of the Palestinian refugees in Lebanon are poor (2010 and 2016 studies data), the actual number of the poor is almost 100% four years later, first due to the crisis in Lebanon, second because of the repercussions of the coronavirus (Covid-19) pandemic, and third because of UNRWA standards and method used in calculating poverty rates.

The economic conditions of the Palestinian refugees in Lebanon have deteriorated and reached alarming levels, which constitutes major challenges for all the concerned authorities and tests their ability to respond to the situation. Thus, we see ourselves entrusted with the following tasks:
1. Calling on the UNRWA Commissioner-General to allocate the necessary budgets to launch an emergency program for Palestinian camps that responds to the urgent needs of the refugees.
2. Calling on the Lebanese Palestinian Dialogue Committee (LPDC) to launch and sponsor a permanent dialogue between the various Palestinian movements and Lebanese parties and parliamentary blocs with the aim of coming up with common approaches that facilitate the amendment of Lebanese laws banning Palestinians from working, and consequently provide Palestinian refugees with a decent life.
3. Calling on the Palestine Liberation Organization (PLO) Executive Committee and the Palestinian Authority (PA) to incorporate the lists of Palestinian refugees in Lebanon in their records of social development assistance, which are disbursed in the occupied West Bank and Gaza Strip.