To confront Covid-19 spread in the Camps: LPDC provides equipment for Palestinian hospitals and isolation centers 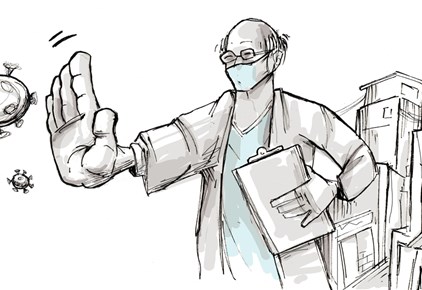 Although the Lebanese authorities announced lockdown for two weeks in the second half of last November, and reimposed it after the holidays, the number of cases and deaths related to the Covid-19 pandemic has not decreased compared to the pre-lockdown period, indicating an alarming outbreak level in the country. Obviously, this problem is not limited to Lebanese villages and towns in the governorates, but it also involves Palestinian camps probably more than other areas, given the fragility of their urban structures and the difficult living conditions of their residents, especially that most of them are quasi-unemployed daily workers due the declining economy in Lebanon and the discrimination targeting them in the labor market in the first place.

The Lebanese Palestinian Dialogue Committee (LPDC) had realized early on, that Lebanon would be subject to bigger waves of the pandemic with the fall and winter seasons. Accordingly, it developed a response plan to the Covid-19 virus in Palestinian camps, and reached out to international and local partners, especially UNRWA, relevant United Nations agencies, donor countries, the Palestinian Embassy in Lebanon and the Lebanese Ministry of Public Health so that they would incorporate the Palestinian camps in their overall general plan to cope with the pandemic. Through this outreach, the LPDC launched a multilateral research about health conditions in the camps and what lies ahead, especially that they are more vulnerable than other areas to the pandemic, and since the Lebanese government is unable to lend a helping hand in terms of improving preparedness and response to the challenge. A more serious dilemma is faced in light of the high population density exceeding 80,000 people per square kilometer in Palestinian camps and gatherings, compared to an average of 22,000 people in Lebanese cities.  This increases the potential of the virus spread, since Palestinian refugees live in extended families consisting of a grandfather, grandmother, father, mother and children, whether married or not, in a single and small house. It should be noted that the camps house, in addition to the Palestinian refugees in Lebanon, refugees from Syrian camps, Syrians, and various nationalities. This puts further strain on the worn-out infrastructure in terms of prevention and protection measures, and the little possibility of security enforcement due to the absence of surveillance and security services in these camps.

These and other issues, such as the deteriorating employment and social conditions, make the camps a favorable environment for the spread of infection with the Covid-19 virus. This prompted the LPDC and a group of epidemiologists to make higher estimates of the average number of infections compared to those adopted across Lebanon. The estimates were based on the data of the general census conducted in Palestinian camps and gatherings by the LPDC in 2017 in partnership with the Central Administration of Statistics (CAS) and the Palestinian Central Bureau of Statistics (PCBS), which indicated that the number of Palestinian refugees is 174,442, whereas those from Syria number 28,000, apart from non-Palestinians.

The LPDC put forward its plan and recommendations to improve response to the current and future situation, by benefiting from the lessons learned in the first experience, in tandem with the response plan developed by UNRWA, the emergency appeal of the United Nations in Lebanon, and the National Plan worked out by the Crisis Cell of the Ministry of Public Health. To achieve this, the Committee has set two priorities for its work. The first aims to support the preparedness and response of the Palestinian health system to adaptation to the state of emergency, after the first wave revealed the existence of a number of gaps in responding to medical needs and in the medical preparedness of the relevant bodies, in terms of the lack of equipment, testing and treatment capabilities. In addition, a shortage of qualified human resources was identified, including trained medical, nursing and emergency staff. Shortage was also detected regarding the provision of equipment, the rehabilitation of hospitals, and the preparation of additional isolation centers that contain resuscitation rooms and quarantine necessities, laboratories for testing and ambulances.

As for the second priority, it is related to the non-compliance with the social distancing and lockdown measures in the camps as the residents need to go out to work despite the risks, add to this the lack of awareness about the seriousness of the Covid-19 pandemic, which necessitates the organization and intensification of awareness campaigns in cooperation with NGOs, local committees and various media, provided that the campaigns involve methods of coping with suspected cases and how to report them. Both issues require the allocation of a contingency budget to cover the cost of treatment.

Such tasks require the concerted efforts of several parties in charge of their advancement, including UNRWA, UNDP, UNICEF, and donor countries that can contribute to the cost of rehabilitation and equipment, as well as the Lebanese Ministry of Public Health, the Palestinian Embassy and Palestinian community factions and committees in the camps, each of which has a role to play. Hence the formation of the High Committee for Responding to the Coronavirus Crisis in the Palestinian Camps which is headed by the LPDC along with the parties concerned. The first meeting it held on October 26, 2020 served as a prelude to extensive and successive meetings.

The committee’s project focuses on acquiring 71 beds for the five isolation centers in the new Safad and Jdita hospitals, 256 beds in the Siblin, Al-Samu and Al-Bass centers, i.e. a total of 327 beds, establishing 12 intensive care units in the Hamshari Hospital of the Palestinian Red Crescent and the Human Call Hospital in Ain Al-Hilweh, expanding the scope of cooperation and coordination between UNRWA, the Ministry of Public Health and Lebanese government and private hospitals and international bodies such as the World Health Organization and Doctors Without Borders, equipping the centers with additional ventilators and PCR testing laboratories, supporting and strengthening epidemiological surveillance activities, raising their capacity to perform laboratory tests, training doctors, nurses and ambulance crews, and providing ambulances to transport infected patients.

The details of the two partnership agreements concluded by the LPDC were discussed in the meetings held with the Lebanese Popular Rescue Committee (Al-Najda Al-Shaabyia) in Jdita, Bekaa and the Palestinian Red Crescent in the new Safad Hospital in Beddawi with the aim of developing the capabilities of the Palestinian health system to enable it to cope with the virus and supporting medical preparedness in the areas of testing, isolation and treatment, in addition to the required technical training. The Committee had announced covering the cost of 12,000 tests for those who had contact with the infected people, , and provided to the Palestinian Red Crescent 20,000 PCR tests for suspected cases of Palestinian refugees at Safad Hospital, and two ambulances. It also supplied the Hamshari Hospital with the necessary medical equipment and met UNRWA’s request to strengthen the capacity of its medical teams in the centers.

The pace of the coronavirus (Covid-19) outbreak in the Palestinian camps, with all the negative urban factors that increase risk, has become similar to the one registered across Lebanon. This underscores the importance of concerted efforts to curb its spread in extremely difficult and complex circumstances at the Palestinian and Lebanese levels, to say the least.