We need to get out of the “closed nationalist box” 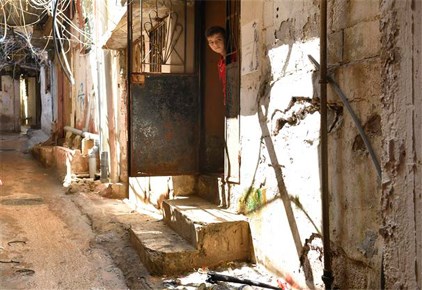 *  lawyer and former ambassador of Lebanon to Washington

I got to know the Palestinians, their cause, the people, and the refugees back in the early 1970s. I was a student and at the same time I worked as a junior journalist contributing to a student page in a magazine. At that time, newspapers and magazines competed to create such pages, as the “May 68” Parisian excitement spread to Lebanon’s universities and the streets of Beirut. I was once charged with conducting an inquiry into the conditions of students in a Palestinian camp. I remember the visit to the high school in the Beddawi camp, the difficulties students faced in registering at the few universities in the North or at the Lebanese University whose faculties were based in Beirut before the creation of regional branches. The scope of the inquiry was expanded to include the conditions of refugees, the fedayeen action and its problems before the outbreak of the war.

The war was bad news and an awful era. I had a belief, which was confirmed by the unfolding events, that the Lebanese-Palestinian confrontation was a scourge for both peoples, and for the Christian community in Lebanon. During those “bloody years” there was a total lack of acceptance of any discourse that enlightened public opinion or relevant actors about the common things between the two peoples, the two experiences, and what happened to one people and what may happen to another. Then the “bloody years” went by and the “time of defeat” came after the Lebanon wars ended with an outcome resulting from the inability of the Lebanese and the Palestinians alike, to work out a formula of mutual acceptance that responds to the interests of both parties and their need to live in peace and security.

At that “time of defeat”, open-mindedness was shown under the influence of the “Baath regime” which was keen on fairly distributing its “favors” to most Lebanese and Palestinians. Despite their difficult conditions, there was a certain degree of response to the need for departing from the unilateralism of the nationalist mindset, since it is by nature exclusivist and confrontational as far as the relations with the others are concerned. This was embodied, for those who wish, in the “Deterrence forces” and their intelligence.

During the conversations and seminars held those years, I called for inspiration from the frameworks that predated World War I which has not ended yet at various levels, especially with regard to our region and the fate of its people. But to the extent that there was Lebanese and Palestinian openness to considering the reality of the two peoples while working out appropriate formulas to address the situation in cities, towns and camps, the demarcation lines and internal conditions, the consequences of the wars left and the looming crises, there was also a determination to maintain the rigid nationalist approach by the two concerned states and their insistence to use the same jargon and messages which were conveyed through security by Syria, and through tanks and planes by Israel. As for the Lebanese State, which is the third party concerned, it was a bystander, while its stance fluctuated between hostility, denial, and coma.

Then came the Madrid Conference, following the Second Gulf War, to mark a long period of hope, disappointments, conflicts and paradoxes, to which I was a witness and a player during the early stages. Lebanon soon moved to the sidelines of negotiations after a few rounds were held in Washington. The Lebanese State relaxed in light of the inseparable character of the Syrian and Lebanese tracks and the acts of “resistance”, in line with the requirements and pace of the Syrian track.

The pattern of the Palestinian political movement was quite the opposite. They moved from the sidelines, manifested in their role as members accompanying the Jordanian negotiating delegation, to making events through secret negotiations in Norway’s capital, and to being on the international spotlight by signing the Oslo Accords in the White House garden.

Here the paradoxes begin: the beginning of the determined implementation of the Oslo Accords through a series of complex understandings that restored territory and established a national authority, paralleled by a deadly stalemate on the Lebanese track, in the physical sense of the word, as exemplified by the 1993 and 1996 strikes and the daily military actions, all of them occurring for minor reasons, a few of which are related to Lebanon, while many of them were related to the complex negotiations between Syria and Israel. Then, the halted Palestinian track paved the way for the Israeli government’s maneuvering. The Israeli prime minister made a proposal which was met by a hardline-stance of the Syrian president. In response, the Israelis raised the issue of unilateral withdrawal from south Lebanon, but it was rejected by the Syrians and their allies. The Palestinian movement shifted from the status of an organization to that of an authority and faced a struggle over the implementation of the Oslo Accords. This was followed by the grave decision to militarize the second intifada and the resulting losses, down to the limbo between the Palestinian Authority and Israel and the inability of both parties to make progress or retreat.

While Eastern entities – states and peoples – were in this state of affairs, the Islamic world was heading towards the great explosion of the volcano erupting since 1979, the fourth great civil war in “Dar Al-Islam”, whose consequences are still felt today, as seen in the collapse of entities and states in the Arab world and the waves of mass migrations that disrupt global balance.

What is happening is not normal, nor is it confined to a narrow space, nor is it a symptom that will pass after a few years have elapsed. It is a rising wave from the depths of Islamic faith and belief, and the tension experienced by major communities in their relationship with the contemporary world and civilization, in relation to Sharia as both a law for individual life and social relations and a state constitution. Its momentum is so strong that it strikes hard from the east to the west of the Islamic world, across the Atlantic to the heart of America, and across the Anatolian plateau to central Europe. It is labor and it is also an era of pain and uncertainty. There is no guarantee that this intense pain will bring about a happy ending.

The effects of the conflict raging at the heart of Islam, and between it and global civilization centers, are tremendous, not the least of these results is a change in the foundations of establishing relations, friendships and enmity, including within the Palestinian-Israeli-Lebanese triangle, pending its completion with the “New Syria” joining the club to make a square. New relationships should be forged in this square, signaling an unavoidable move in the days ahead. It is a fact that all parties will have to think and act outside the framework of the nationalist mindset, be it religious or ethnic.

The reconciliation between the Arab Gulf states and Israel does not happen in a vacuum. It is determined by the pressure of conflict over the core of Islam, the conflict with Iran which asserts its Shiite identity by raising a red flag over the dome of the Jamkaran Mosque, and by Turkey’s roaming of the Sunni world and drawing the sword of conquest over the platform of “Hagia Sophia”.

The Arab Gulf kingdoms have never complied with the exigencies of the Arab-Israeli conflict, which it is a struggle of nationalities, since they are by nature antithetical to the nation-state. The main source of their legitimacy is Sharia, and the backbone of their cohesion lies in tribal ties. They acknowledge the need for defending the Palestinian right to a land and a homeland and recognizing the reality of Jewish presence in this part of the Islamic world, being historical since Jewish communities moved from Spain and other European countries to North Africa, fleeing religious persecution and seeking the security of the Ottoman Empire and Islamic tolerance; a view shared by the Gulf people, Turks, Moroccans, and Jordanians, despite their different political systems.

The Europeans are ahead of us in getting out of the “nationalist box” and its tragedies, following two wars. The survivors were asked a question about the meaning of existence, after which peoples embarked on building a common space that brought them together. Hence, the establishment of the European Union that is based on the principle of a gradual and peaceful abandonment of the components and privileges of national sovereignty, and forging the ties of the old world. We will have to emulate this experience, taking into account the specificities and needs of our societies.