Working together in the face of challenges 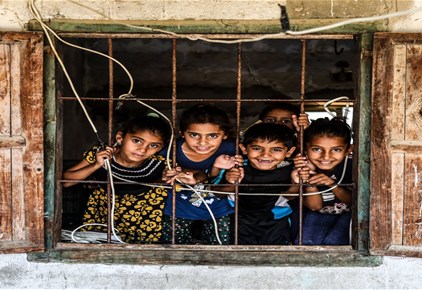 The unlamented 2020 year has elapsed and hopefully the current year will be different. It was the year of disasters and scourges par excellence around the globe. All the inhabitants of the planet found themselves in the face of an unprecedented epidemic in terms of expansion and rapid transmission. It was as if the Earth’s population had not experienced enough civil wars, international conflicts, poverty, waves of asylum seekers and refugees, displacement, injustice, tyranny, and the resulting innocent victims and losses in capabilities and livelihoods which are hard to compensate, until the coronavirus pandemic started to sweep the world and spread disaster in every direction. It has affected almost all human communities and states, hindered the functioning of public and private facilities, and made survival people’s main concern, even if their freedom is restricted and they are quarantined in their homes and places of residence.

Lebanon, with its afflicted people as well as the Palestinian and Syrians refugees and others residing in its territory and facing a tragic reality in particular, may epitomize of the intense misery and collapse that most countries are unable to restrain, since the spread of the pandemic and the failure to combat it is only a natural consequence of the situation that provoked severe and unresolved crises.

As Lebanon marks its centenary now, it is truly going through one of the worst phases of its history due to the fact that all these calamities and scourges have befallen it at the same time. These include the intensification of political and societal divisions, the slumping economy, the paralysis of the banking, industrial, agricultural, tourism and educational sectors, the drastic devaluation of the national currency, the disintegration of state institutions, the increasing chaos, poverty and unemployment, and more than half of its population suffering from hunger. Over and above that, the fall of the ruling elite that controls people’s lives, and its failure to even form a government that would manage, even as a matter of principle, the country’s crises in such dire circumstances.

If these are the conditions of Lebanon and its people at the beginning of the new year, those of the Palestinians and the refugees are much worse. There is no nation that brings them together, nor is there a state that protects and provides them with the minimum requirements of a decent life, while Zionist occupation is expanding over what is left from their land and homes under an international cover, paralleled by flagrant Arab helplesness.They are deprived of their most basic human rights and the requirements of a decent life in Lebanon. The deteriorating situation and the spread of the coronavirus pandemic have increased their poverty and destitution, while unemployment among their workforce has reached 90 %. Their tragedy is compounded by the chronic deficit in UNRWA’s budget as a result of the US suspension of funding during the Trump mandate , which led to the reduction of its assistance and health and social and services to Palestinian refugees, and the failure to pay full salaries to its employees who play an active role in the life and economy of Palestinian refugee communities. Even the Palestinian dream of the right of return to the usurped homeland was shattered by the normalization processes between a number of Arab countries and Israel, as well as by the destructive Palestinian divisions predating this.

Throughout their history, the Lebanese and Palestinian peoples have witnessed all sorts of calamities, in addition to occupation, wars, divisions, hunger, poverty, and the disintegration of the state and society as a result of foreign intervention and the prevalence of foreign – Arab, regional and international – considerations over their interests. Despite all this, they have remained steadfast and worked for a better future, while being confident that it would inevitably come. Today, they are keener on safeguarding their rights. The Lebanese are pursuing the objective of establishing a state whose pillars are strong institutions, social justice and development. The Palestinians are exercising their right to face Israeli occupation, regain their land and nation, and build an independent and sovereign state.